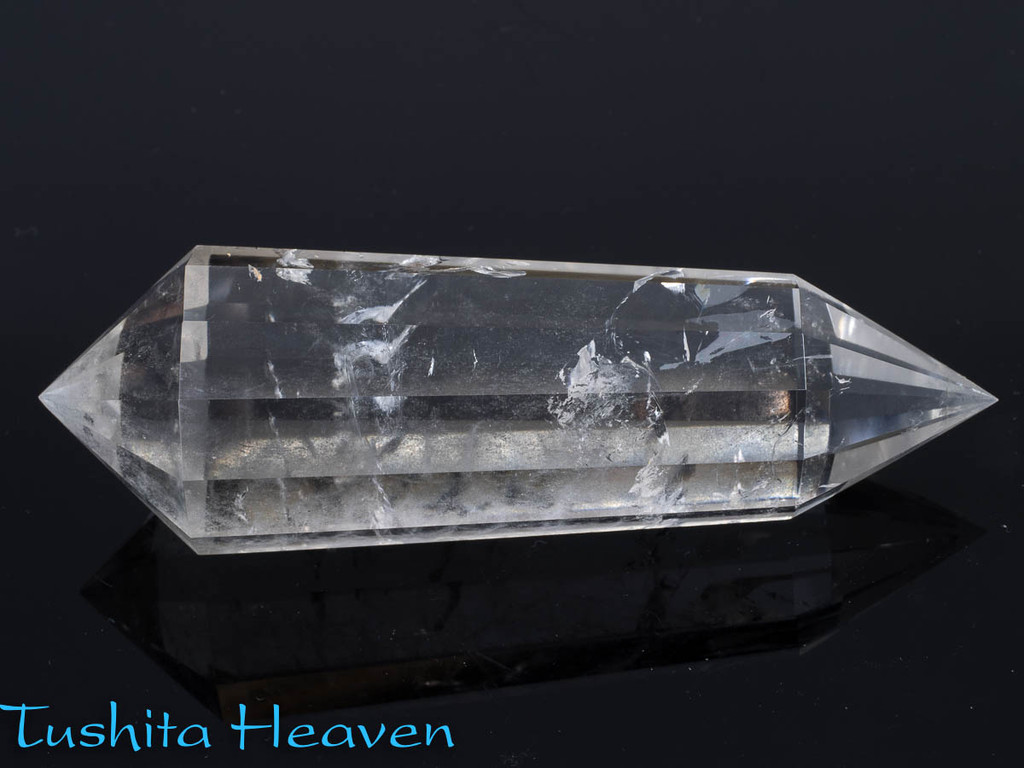 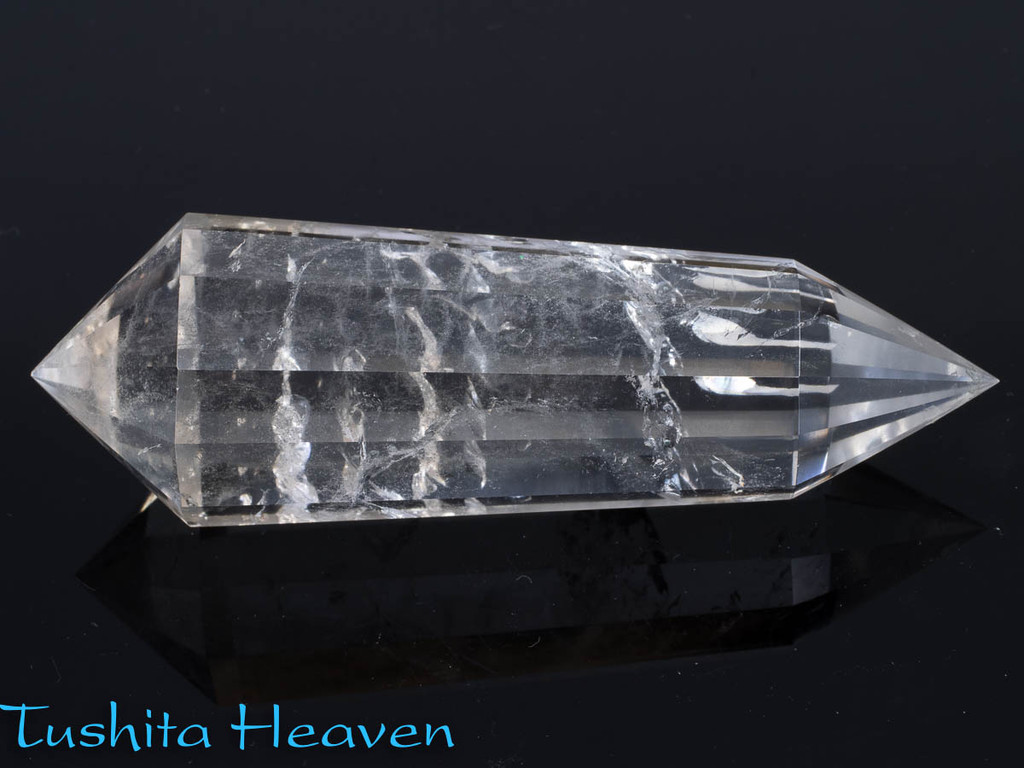 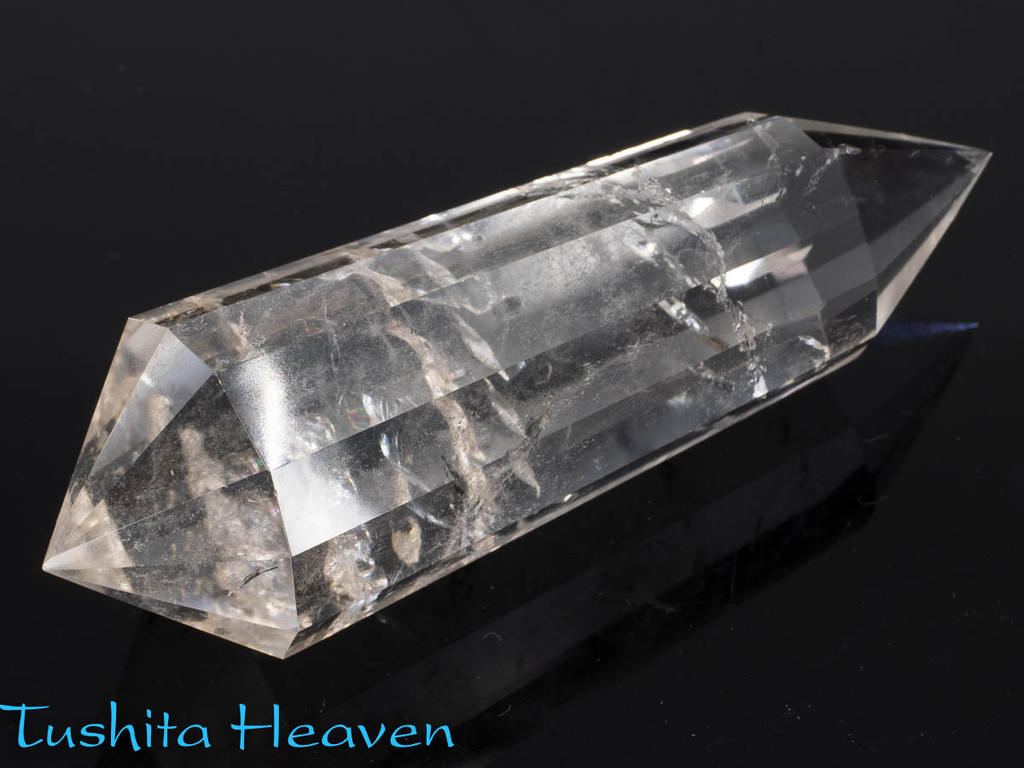 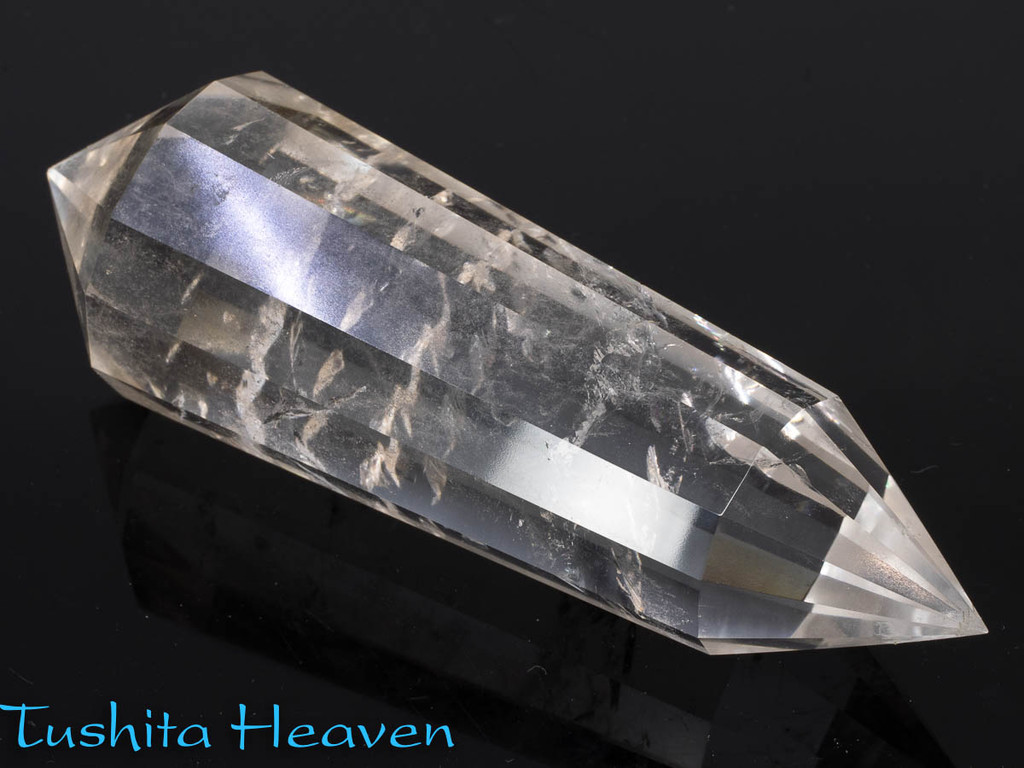 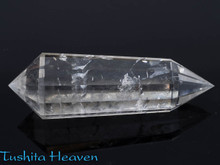 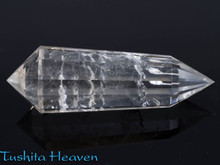 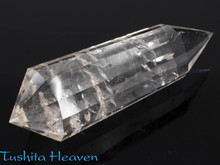 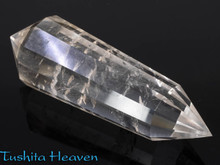 Vogel Cut Crystals are tools used in healing efforts for those wishing to transform their lives by generating positive life-force energy.  The cuts of the crystal enable energy to flow through one end in a circular motion, releasing from the other end, amplifying and energizing positive thoughts into energetic beams.  Energy is received through the female (wider) end and transmitted through the male (narrow) end.  It is recommended to hold the wand in your dominant hand.  These crystal wands are infused with the pattern of the tree of life, and are used to send the loving and transformational energies to oneself, or to others with clean, laser like focus.  We suggest programming the wand before use, taking advantage of the master healing energy of the quartz crystal.

12- sided Vogel Wands are used in transformation efforts. They inspire focus on will power and stick-to-itiveness, acting as a laser beam for growth and development.  It has the ability to help you transform spiritual data into physical reality, magnifying its intensity as you open to receive.   It is a major manifestation tool, so be mindful as you present your wishes to the universe, as the sky's the limit when working with this powerful tool.

This Vogel style wand has been cut in Brazil by the Pinto family who were personally taught to create these instruments by Marcel Vogel himself.  Even vogel style wands which do not have the angle specifications set by Marcel, are intense and powerful healing tools.