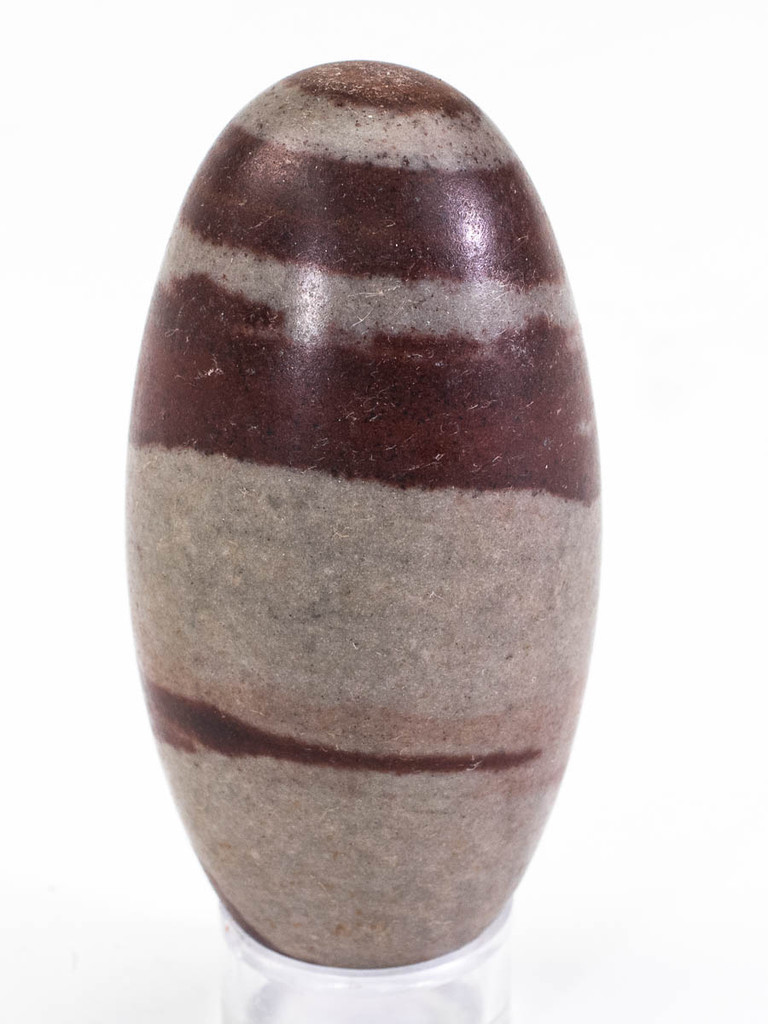 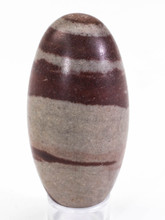 The Shiva Lingham is considered a yin-yang stone, balancing the male and female energies within the body.  The curved shape of the lingham represents the male, while the colorful red patterns upon the surface represent the female.  This stone celebrates the dichotomy (or opposites) in life. It aids us in finding harmonic balance between our body and spirits, nurturing and calmly offering peaceful energy in the process of our healing.  It repairs wounding of the divine feminine, instilling trust in the masculine.  Named for the God, Shiva and his consort, Kali, it holds primitive energy for the union of mind-body-spirit.

The Shiva Lingham is useful for those who are clearing old sexual traumas from the body, promoting healing of the male/female essence within us. Once healing has begun, the nurturing ability of the lingham allows us to again feel safe in regards to sexuality, and restores trust in relationships, easing us into a healthier emotional experience of love. This stone promotes open, loving relationships. Because of its ability to balance energies and its underlying tantric current, it is considered a strong fertility stone. It is often used for activating Kundalini because of its ability to create movement in the lower chakras and meridians.

The Shiva Lingham is only found in the Narmado River in India.  Its shape and smoothness are completely natural, having been tumbled along the river bed for some time.  Considered a sacred tone in India, Linghams are often found in temples, acting as cleansing agents for those who wish to release emotional burdens. Goats milk is sometimes used to purify Shiva Lingham stones, cleansing them of negative vibrations released by worshippers.

Here's what Judy Hall says about Shiva Linghams from the Crystal Bible 2, "Imparting psychological insight, Shiva Lingham facilitates looking within to release all that you have outgrown.  This stone is particularly useful for emotional pain that arises from early childhood, especially sexual abuse, as it reinstates trust in male energy and in your own male qualities and can draw a sexual -healing partner to you."