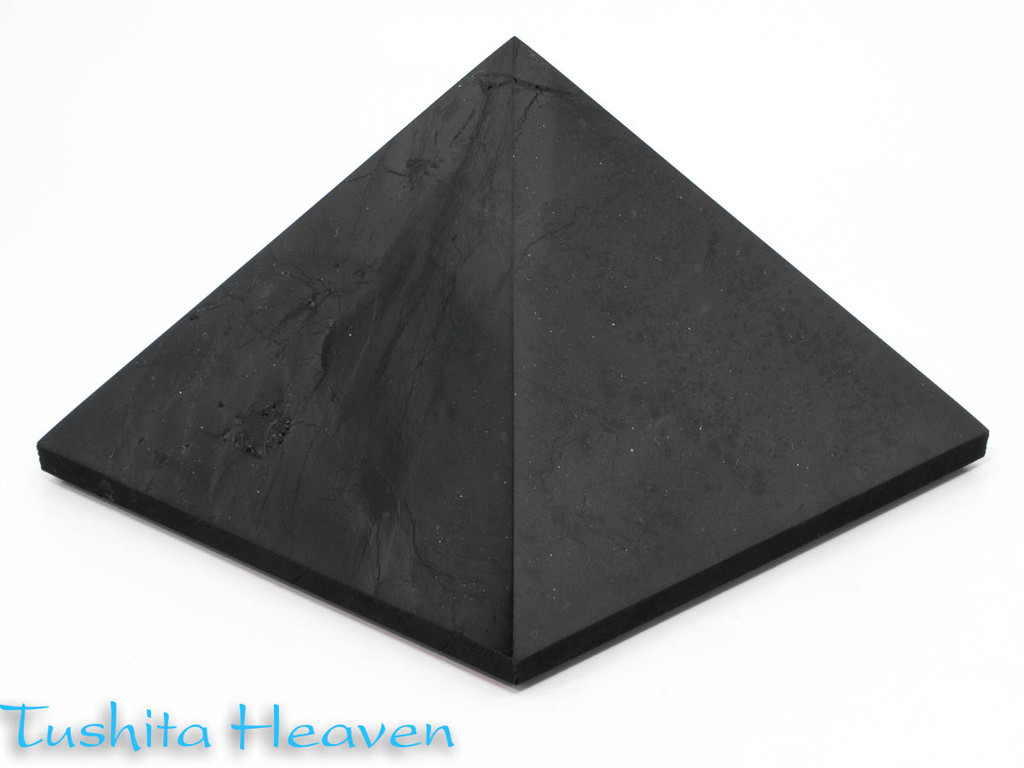 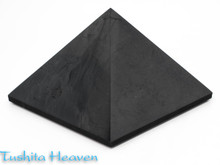 The sacred shape of the pyramid is energetically powerful, streaming energy through the apex and out the four corners, honoring the four directions.

Shungite is useful as an elixir.  Drinking Shungite infused water is a common way to work with the mineral, but you must be sure the stone used to make the elixir is top quality.  Use stones that are completely polished, showing no unpolished pockets, however small.  When making an elixir from Shungite, it's useful to use stones that do not have a network of veins upon the surface. ELite Shungite is our recommendation for gem waters.