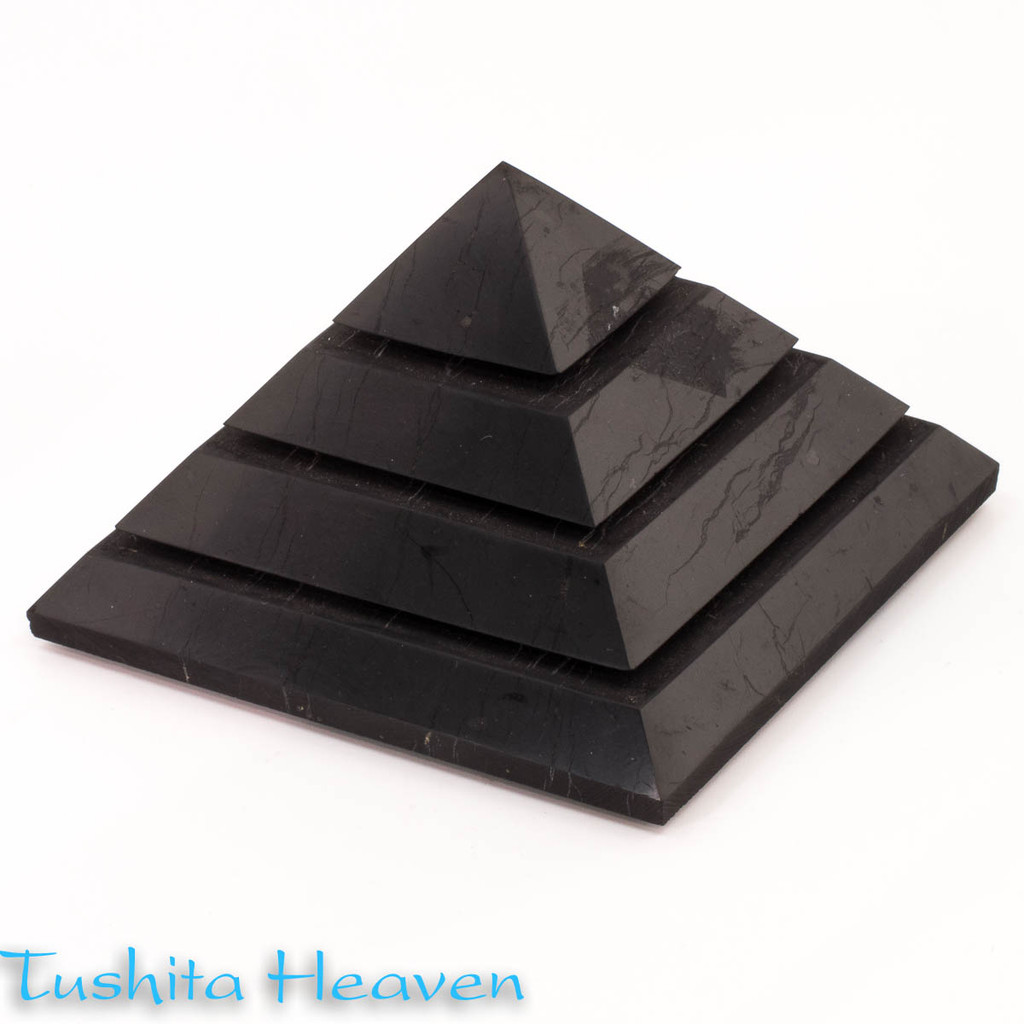 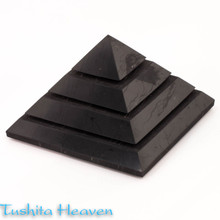 The sacred shape of the pyramid is energetically powerful, gathering energy through the apex  to create a very focused stream of energized Light. This Sakkara shaped pyramid is named after the famous pyramids in Egypt built in the 27th century BC.  The edges of this shungite piece are beveled and polished and the three cutouts create an illusion of floating layers.